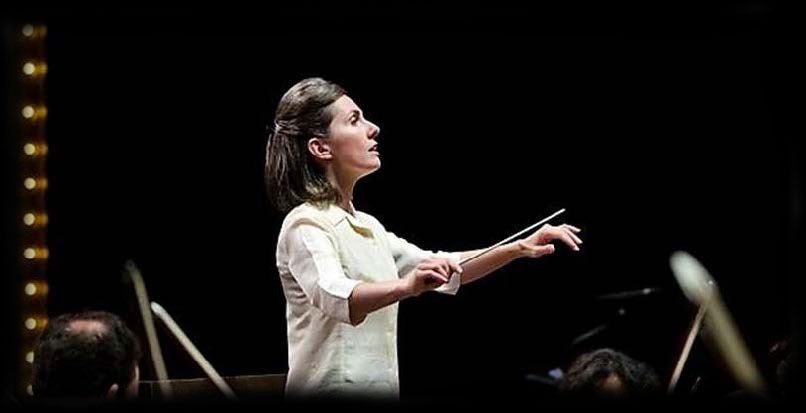 "Tanovich was particularly well in command of the dynamic and rhythmic flow of Siegfried's Rhine Journey."

Ken Winters, The Globe and Mail

"...a sensitive, gracious conducting technique and a definite 'presence' on the podium."

"A determined and gifted musician in possession of a fine technique as well as those musical attributes which cannot be taught."

"This was a performance with flexibility, pacing and shape."

Award-winning conductor Melanie Paul Tanovich is noted for her musicality, versatility, and  artistic communication. She is founding director of Orchestra Breva.

She is recipient of the 2019 Chalmers Award for Professional Artists.

Melanie trained as a pianist, singer, and conductor at the University of Toronto, Royal Conservatory of Music, England’s Britten-Pears School,  La Domain Forget, Quebec, and the Tafelmusik Baroque Institute, and as a dancer through the Royal Academy of Dance. Her academic and performance achievement earned her the top graduating awards at both the University of Toronto and the Royal Conservatory (Gold Medal).

In 2011, Ms. Tanovich was selected from an international pool as Conducting Fellow with the National Arts Centre Orchestra in Ottawa, working under the direction of Kenneth Kiesler and Pinchas Zukerman.

At the esteemed Britten-Pears School in Aldburgh, England, she specialized in interpreting and introducing works of the 20th century and has gone on to perform recital, opera, and oratorio engagements as a soprano.

Melanie has taught conducting at the University of Windsor, and at the Royal Conservatory of Music’s Glenn Gould Professional School, as guest lecturer.

A champion of musical outreach, Tanovich is an active educator and advocate whose approach to musical performance and development is closely tied to her belief in fostering significant connections between the arts and the community.